Find out how one St. Louis mom is breaking the code with accessible programming courses for kids. 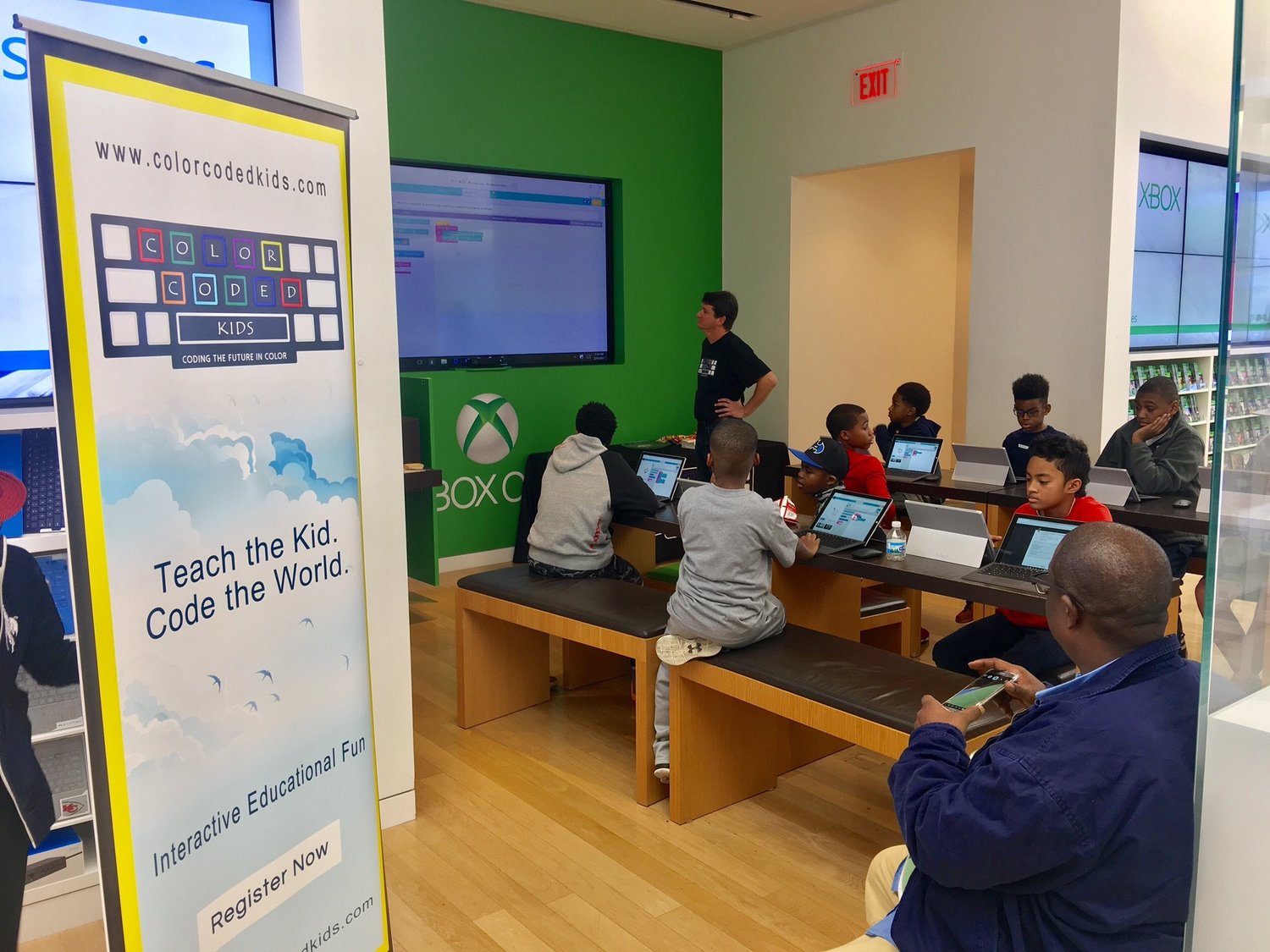 It all started when St. Louis native Shay Gillespie took her 9-year-old son to his very first coding workshop. After only an hour, he was hooked. Like any mother who wants to support their child’s hobbies and interests, Shay searched for longer classes in programming that he could take near their home in North County. To her dismay, the only thing that came close was a robotics class out in Chesterfield. “You do what you have to do for your kids, right?” she asks rhetorically. “So every Wednesday for six weeks, I drove him to Chesterfield for this class.” The hour-long commute gave Shay plenty of time to think, and it was during these drives that she decided to put something together in North County for kids like her son.

After polling her friends and community with a single question posted to Facebook, Shay learned that if she were to find an instructor to teach kids how to code, she’d be solving a problem that many families face today: how to help a child take their interest in computers or video games and turn it into something even more fulfilling.

Not one to shy away from a challenge, Shay began laying groundwork for what would eventually become Color Coded Kids, St. Louis’ first coding “bootcamp” for children. Today, Color Coded Kids is offered in 3 major US cities: St. Louis, Arlington, VA and Houston, TX. She plans to expand to 20 total cities in the next 5 years.

When I asked her about the kind of feedback she receives, Shay told me how parents tend to respond once they see their child’s passion take flight: “I have so much support from parents, it’s unbelievable sometimes. They tell me things like, ‘My son doesn’t want to play basketball anymore because he loves to code now.’ They say the kids remind them about class and can’t wait for new sessions to begin.”

As far as coding languages go, kids learn the basics of Python, JavaScript, CSS and HTML. The 12-week course at Color Coded Kids follows a standard progression through 3 learning stages, from Level 1 (Introduction to Coding), to Level 2 (Coding Novice), to Level 3 (The CODEt). Included in the curriculum are the fundamentals of application development, which involves learning how to build game applications (apps) while learning programming definitions, syntax, functions, algorithms and more.

Though the course is hosted in a classroom-type setting, the goal is to have fun. Shay’s mission is to help kids develop a love for technology at an early age to ultimately increase the talent pool of qualified candidates in technology related careers. When I asked her about how she finds instructors, she admitted that it’s tough. “The value we bring to our students is that we only hire real developers who actually code for a living,” she explains, “So that narrows down available instructors. I typically find instructors from friends and referrals from current instructors. We also perform our due diligence to interview new instructors and make sure they are suitable for the kids.”

Another way for Shay to find coders through her network of colleagues at World Wide Technology, where she is responsible for Diversity Business Strategy. For Shay, every day is a reminder that the future in technology is so bright for today’s youngest developers. Reflecting on her past students, she told me this:

“My favorite story is definitely finding out one of our former students now wants to be a computer developer after college and it was nowhere near what he wanted to do before getting in the classes. That makes me happy because that’s one of the reasons this program started!”

It’s no secret that most companies today lack diversity among software developers. Underrepresented groups face structural and social barriers in access and exposure to subjects like computer science. Shay and her team believe that by starting with children, they can help reverse that trend for an entire generation of future developers or more broadly, entrepreneurs.

Under CCK’s core values of Respect, Enthusiasm, Attitude, Client Satisfaction and Honesty and Integrity (REACH), kids who attend the classes will certainly be challenged in the best way, in the best environment.

You can feel Shay’s passion when she discusses the importance of early enablement in all communities.  Her analogy is this: “The kids are our future – and technology is the future – and we need them to marry each other, but they need to get to know each other as soon as possible. And that’s my goal.”

For more information, or to register your child for a course, visit ColorCodedKids.com.